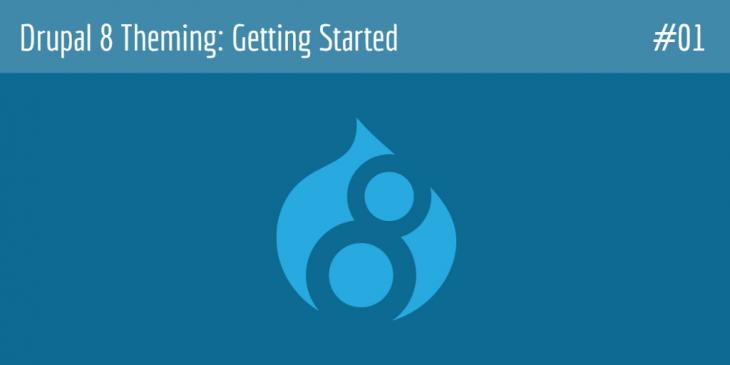 This is the first chapter of Drupal 8 Theming: Getting Started, a new series in which you will go into the basics to begin developing your own themes for this Content Management System.

In order to install Drupal 8, your computer must meet a few technical requirements which are similar to those in Drupal 7. First, you need what is called an AMP stack, that is, Apache + MySQL + PHP. Apache is a Web Server. You need one because Drupal is built on PHP, which is a server-side language. By the way, Drupal 8 requires PHP 5.5.9 or later with the CURL extension to work. MySQL is a Database Server. If you don't provide Drupal with a database, it will not be able to do anything at all.

As you probably know, there are other web servers (e.g., NGINX or Microsoft IIS) and databases (e.g., MariaDB) you can install Drupal on.

To see a list of encodings supported by your version of MySQL or MariaDB, run the following command:

The utf8mb4 encoding is available as of MySQL 5.5.3 and it allows for emojis, asian symbols, mathematical symbols, etc.

To create the database, run the following command:

You can list all available databases by running the SHOW DATABASES command.

By running the previous command, each table and even every string column in the specified database will have both the utf8mb4 character set and the utf8mb4_general_ci collation.

Now that the d8basics database is ready, let's create a new user and grant him/her the permissions to access the database.

For example, to create a new user named drupalhero for the d8basics database on localhost, run the following command:

To grant drupalhero proper permissions on the d8basics database, run the following command:

As you probably know, the php.ini file is responsible for configuring many of the aspects of the behaviour of PHP. In order to get a better performance, let’s modify a couple of configuration directives in this file.

2. In the same section, set the memory_limit directive (maximum amount of memory a script may consume) to a value of at least 256 (128 is the value by default).

3. Go to the bottom of the file and paste the following piece of code (OPcache) into it:

4. Save all changes to the file.

Once you have decompressed the drupal-8-x-x.zip or druptal-8-x-x-tar.gz file into a subdirectory of the htdocs directory of Apache (the Web Server), do the following:

2. If you have decompressed the file into a subdirectory named d8basics, then modify the RewriteBase like this:

3. Save all changes to the file.

Once the previous steps are done, start both servers (Apache and MySQL) and enter localhost/d8basics in the address bar of your favourite web browser.

Please, click on the image below to open a modal window with a video showing the end result of this article. 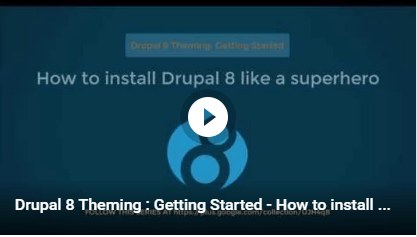